O. is Nigerian, gay and has been on the run for ten years, because in his home country homosexuality is a crime. Switzerland is not granting O. asylum. He cannot go back. Where should he go?

– What you can expect from the film –

We are working on a short documentary about O., a gay asylum seeker from Nigeria. The camera follows him through his daily life in Switzerland. O. collecting his garments in the second-hand shops («Brockenhäuser») of Bern, O. finding the right words in the most absurd situations, O. showing his never-ending patience as a Karate-instructor or O. explaining to us the secrets of planting and raising geranium.

Apart from his will to live and his good nature, O. is still haunted by his past. He tells us what it is like not to feel welcome in a country where homosexuality is legal but where he is not allowed to stay. What it feels like to live with the constant fear of deportation back to Nigeria. The country where he was born and raised but where he has become a criminal – just because he is who he is.

O. may be exceptional but, sadly enough, his story is not. Our film wants to raise awareness for the fate of homosexual refugees who are in a tragic state of peril because of their sexuality.

To produce this film, many people have invested long hours of voluntary work, and we are not seeking to be paid for our engagement. However, our project still lacks money to cover the expenses for equipment, rent and travel as well as the post-production. We need your help to tell O.’s story!

We are grateful for all the support we can get – be it monetary or otherwise. If you happen to be an expert in post-production or have equipment, you can provide us: Please get in touch! You can expect eternal gratefulness and we will find a way to repay the favor – be it through film-goodies, a trial Karate-lesson or a traditional Nigerian dinner. We are sure to find the perfect reward for all of you!

What is my crime? O. keeps asking himself. A lot of times he becomes frustrated because he does not see the problem.

Why does it concern them? O. is Nigerian and gay. By «them» he means the people from his old village. Ten years ago, they attacked him and his boyfriend at the time – O. and his partner almost died during the assault. The attackers were led by his own father.

They have been on the run for six years when they apply for asylum in Switzerland. But the authorities deny their request. According to them being homosexual in Nigeria is not a problem as long as it is lived «discreetly». Still, O. believes that he has the right to love. Even if he loves another man. So he stays in Switzerland. Where else should he go? It is not only the rage of the villagers he has to fear in Nigeria; in his home country, homosexuality is considered a crime and punished with 14 years in prison. Here, he gathers hope with a new request for political asylum. All he wants is to live in safety and peace. O. knows that he is entitled to protection but he also knows there is a price to pay. The scars on his back remind him of that night ten years ago and the reason he fled.

O.’s story and more about the subject: 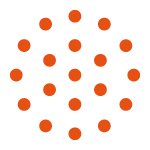