One hot summer morning, a man is seen dangling from a tree, dead. Seventeen year old David is mistrustful of his Mother and her new lover. Alongside his Girlfriend Sira, he storms off, leaving home to find verity. Sandra, David’s 5 year old sister serves as a backdrop observer, shrouded in protecting layers of her imagination.

There’s Olaf who, after having a near-death experience during a car accident, seems to be haunted by the deceased. This ill-fated gift of communicating with afterlife entities put him in the insane asylum, eventually. It’s on this very day, that once again, he is urged to act upon something a deceased soul told him to do. Olaf’s father Marcel who caused the fatal car accident, struggles with guilt and depression, living on the streets. The encounters he has on this very day compel him to reconsider his life and find a final solution, delivering him from his pains. Meanwhile Olaf escapes from imprisonment, seeking out to fulfill his destiny

As implied above, this diploma-film’s narrative takes place over the course of one day in Zurich. It comprises several subplots with 10 characters whose stories are somehow interwoven with each other. The intriguing aspect of this film is what lies beyond the visible, sometimes horrifyingly gruesome, other times painstakingly beautiful, evoking utter bliss. As of now, 70 percent of the film’s scenes have been shot. We are now preparing the insane asylum scenes which are scheduled to be shot in may. Until then we will predominantly focus on post-production. Prospectively, we’ll have completed the film by the end of may. We’ll pitch it to several swiss film festivals.

What we need the money for

Our appeal is to collect some monetary support. Money, that we’ll need for the upcoming shoots, to rent equipment and prop. Additionally we need funding for the film score, sounddesign and visual effects. With your contribution we could finance part of the film shoot (all the artists work on a voluntary basis) and the post-production. Your help would directly contribute to the final product, «my Sleeping Karma». Infinite thanks for your support, we’re grateful for every dime. 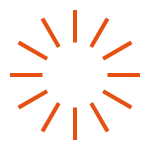