After our last CD from 2011 we would like to record a new album with diversified Black and Death Metal Songs. To achieve good production quality we need your help!

Thank you for spending your time to become familiar with our project. We are Frijgard, a Metal Band from Switzerland. After our Demo CD from 2009 and our full-length album in 2011, we would like to record our next album. But there’s a problem: Three of our four band members are students and a good album production is unbelievably expensive! We’re glad about every little bit of help and we have some very cool prizes for you!

Our new CD will be a concept album about the wars of mankind during the twentieth century. That’s why it will be called «Bellum Aeternum Est», which is Latin and stands for «war is eternal». All 9 songs featured on the album are finished and ready to be recorded. In the project video you can hear a part of the first track. Don’t be surprised about the quality – this is just a self-recorded version we did specifically for this video.

In order to keep the costs low we try to do as much as possible by ourselves. We will record the guitar and bass tracks in our rehearsal room and we’ll enter the studio just for the drums and vocals. The final tracks will then be mixed and mastered professionally in Germany. The Album shall be released in early 2014.

Everything related to our next album will be produced by us, unlike «Nebelwacht» it won’t be released by Black Tower. And that’s why your support is so important! The target that we have set here on wemakeit.ch does not suffice by far the charges for the album. But that’s ok; it’s not our goal to fully found «Bellum Aeternum Est» with wemakeit. We will, as a matter of course, pay most of the production costs by ourselves.

Be assured that your donation will be royally rewarded! We will also produce some cool merch for you to choose. Please take a look at the rewards on the right side and pick the one that pleases you the most.

Additionally each backer will be mentioned by name on our website!

We salute you for your courtesy! 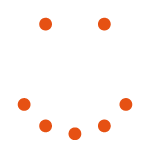 A project by
Frijgard
Frick
1 own project
3 projects backed

Be part of Basel’s first ever crowdfunding community. Discover and support culture and creative projects or start one of your very own. Would you like to get help with it? The Basel Stadt’s Cultural Affairs Department offers crowdfunding consulting of its own.