OKO is a puzzle video game for iPad, designed as a hypnotic and mesmerizing journey around the planet.

It invites one to travel through satellite images taken from the NASA database, and rich otherworldly soundscapes composed from recordings taken aboard space shuttles.

A «beta» version of the game already exists. It was developed in 2012 at HEAD Geneva in the context of a Master of Media Design and is currently available on the Apple store.

This «beta» version has been very successful and today has international recognition. The game has won the best iPad app for 2012 prize, awarded by Swisscom. OKO was also presented at the exhibition «Game Lounge» in the «House of Switzerland» during the 2012 London Olympics and in 2013 at «Game Gazer» in San Francisco, Bangalore and Goa, at «Lift13» Geneva, at Mirage Festival in Lyon, at «UCLA Game Art Festival» in Los Angeles, and at «Sonar Festival» in Barcelona.

Why you should back this projet?

Following the success of the beta version, the adventure continues.

The aim of this campaign is to create a complete and more advanced OKO version including new levels, interactions, and enriched game play. With your support, OKO will become available for smaller screens of smartphones and for the computer (playable in an internet browser). The tablet and mobile version will be supported on Apple and Android devices.

This new version of the game will be available for purchase. By supporting OKO you will have a unique chance to play the new version before release, as well as getting OKO’s limited edition goodies, made specifically for this campaign!

Where goes the money?

The money will fund the development of the new version of the game, which will:

What you will get?

Thanks for your support! 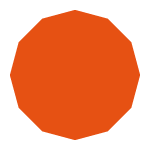 A project by
Nadya
Zurich
1 own project
2 projects backed