A feature film with characteristics of a «poetic documentary» about the escapism of the everyday. Join us behind the scenes in our efforts to contribute to the identity of Swiss cinema.

The project started a year ago with a screenplay for a short film, approved and supported by GGG Kulturkick and the cultural funding of Dornach and Kanton Solothurn. We developed it further into a feature length and filmed roughly 15 % of the screenplay. Our goal is to contribute to the identity of Swiss cinema, while keeping our own integrity and originality. To tell the story that all of us can relate to, especially every Swiss, we need your involvement!

In the film, we follow a character on his eternal escape from himself through constant travels abroad. As the pandemic forces him to confront himself, we uncover many layers of his repressed personality and shocking contrasts between his different identities.

Our persistent work will hopefully result in a film recognised by wider audience and various film experts. The estimate of the costs for completion of filming and post-production is 43’000 CHF. Your support helps us set the foundation stone and assure a good starting point and better prospects for each upcoming project.

The costs are calculated as follows:

Let’s refresh the Swiss cinema together!

Thank you for the support! -> 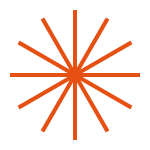