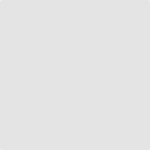 The Last To See Them Alive

Film
A film by Sara Summa. Produced by the German Film and Television Academy Berlin. (dffb)
Shooting in September 2017 on location in South Italy.
by The last to see them, Berlin, Aliano, and Genzano di Lucania
`
153% funded
EUR 6’770 pledged
71 backers